Ground up restoration on a 1968 Triumph 650 Trophy Sport.

Every mother gets the same feeling when their child wants a motorcycle. This build is all about that day.

In Memory of a Life Long Biker.

Everyone comes from somewhere. Some come from a smooth ride and others from a rough road. The only thing that matters is how we arrive.

Murray is laying down the law! ChCC builds a feisty bike with a lot of attitude.

Gerry and the ChCC Crew restore one of the original Super Bikes! 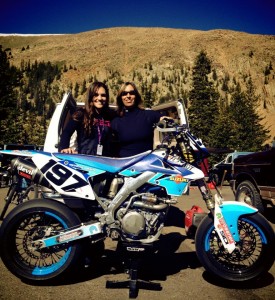 Born in Butte, Montana, Michelle Disalvo is the daughter of a professional racer and has been raised around motorcycles. She started racing amateur events in 1985 and turned pro in 1991, earning Expert status in 1995. In 1998, she earned AMA national number 97 and began to compete in the Harley-Davidson Sportster Performance Series. In 2000 she was top rider in the series, becoming the first woman to earn an AMA dirt track national championship title.

From 2007 - 2013 Michelle lived and raced in Belgium. Her accomplishments while living abroad include: 2011 Belgian Monobike Open champion with 5 wins and 6 podiums. In 2012, she was Belgian Monobike Open (singles road race) second overall with 2 wins and 6 podiums and Dutch Flat Track Champion with 2 wins and 5 podiums.
Michelle has recently returned to America and ChCC is proud to have her as a sponsored rider. 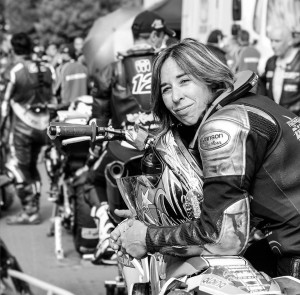 Some of Michelle’s other accomplishments include:

Best of luck in the upcoming season Michelle! 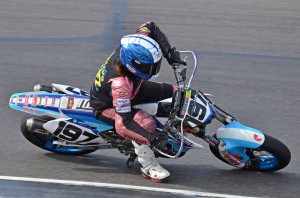 Shayna started riding a motorcycle at four years old. It was tough for her to start racing at a young age because of the active career her father had in AMA Pro Racing. Shayna played soccer up until the 2003 season. Cory would start racing full-time that season. After watching her brother for only three races, Shayna decided she wanted to line up and give it a try on a TTR-125. She won her first race. A couple weeks later she was on a more powerful YZ85. She won that race. By the end of her first season, Shayna was racing an 85, 125, 250, and her brother’s 450 and it wasn’t uncommon for her to win all four classes in one day. 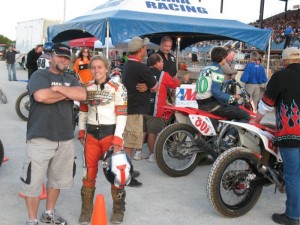 Over the years, Shayna has been establishing herself as one of the top competitors in the sport. She wants other female riders to know that anything is possible and don’t let the fact that you are a female hold you back. 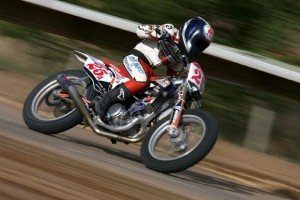 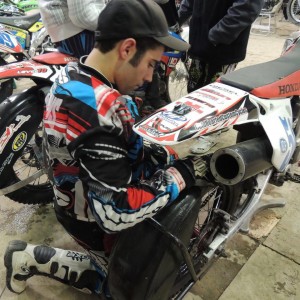 “I wasn’t looking to really go anywhere with it, all I wanted to do was to see how I could compete at this level and have fun.” Sam said about turn Pro at 19 years old.

Sam competed in more races and became a main event rider more often. IN 2011 he competed in about half the AMA series.

“I was living in Minnesota with a good friend, Kevin Anderson. We traveled from coast to coast competing in all this races. I was consistently making main events, which was tough.” Said Wiggins.

Most races have over 40 entrants and only the top 18 make the Main Event. Sam would finished top 10 in many of the races. Sam doesn’t come from a racing family and has raced in the series while maintaining a full-time job. He continues to work hard and has continued to improve his standings while increasing the number of meets in which he competes.

Cold Hearted Custom Cycles is proud to have Sam as one of our sponsored riders and look forward to another successful year!

Best of luck to Sam from ChCC! 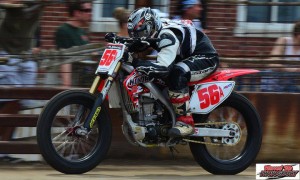